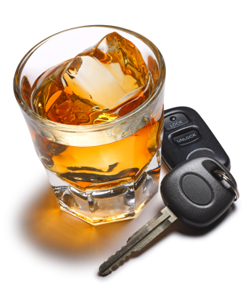 Like most states, Pennsylvania gives many first-time DUI offenders a chance to resolve their case without severe penalties. Unless a DUI incident involved an automobile accident or a person’s blood alcohol level is extremely high, first-time DUI offenders may be able to gain admission into the ARD Program which results in no jail time and a greatly reduced license suspension. This leniency and privilege is not extended to those facing subsequent DUI charges in Pennsylvania.

Studies show, however, that approximately one in three people arrested for drunk driving has had a prior DUI arrest. Pennsylvania law is far more severe on second offense DUI defendants, calling for jail time and lengthy license suspensions. Sentences get increasingly harsh for third and fourth-time DUI offenders.

Under Pennsylvania law, the “look-back” period for DUIs is 10 years (it was 7 years before the law was changed in 2004). Look-back periods refer to the length of time DUIs can be considered a “prior offense”. The PA look-back period runs from the date of the prior adjudication (the DUI conviction or the date that a person was admitted into the ARD Program) until the date of the subsequent DUI arrest. If that time period is greater than 10 years, the prior offense will not be considered a “prior” for the purposes of determining mandatory DUI sentences.

Even if a prior is outside the look-back period, the DA’s Office may still consider it in recommending sentences or considering a person for admission into the ARD Program. Indeed, many District Attorney’s Offices will not agree to admit someone into the ARD Program if the person has ever had a previous DUI.

The prior will still be factored by the District Attorney’s Office in Previous DUI laws in Pennsylvania had a “look-back period” of seven years. Look-back periods refer to how long a DUI conviction or ARD disposition will be considered a prior offense.

If you have a second offense DUI, you should absolutely have an experienced Montgomery County, PA DUI criminal defense lawyer to protect your rights and interests. Please feel free to contact the Law Office of Erik Petersen to discuss your case.

My name is Erik Petersen, and I am a former prosecutor with the Montgomery County District Attorney’s Office where I served in the Major Crimes Unit. Many of the crimes I prosecuted were DUI offenses. This background has been extremely valuable to me in defending people charged with DUI because I understand how prosecutors prepare their cases and know where weaknesses may exist in a DUI case.

When you are facing the potential penalties associated with a second or third DUI, it is critical to hire an attorney who understands the law and who will dedicate the time and resources to fight the case aggressively. From analyzing the initial cause for the traffic stop to examining the validity of the blood alcohol concentration testing equipment, I am prepared to carefully evaluate the evidence to prepare the strongest defense possible on your behalf.

In preparing a defense to DUI, preparation is very important. Prosecutors know when a lawyer is unprepared, or does not have a firm command of the law, and will less motivated to negotiate in good faith. If I decide to take your case, I assure you that I will:

Pennsylvania law calls for mandatory minimum sentences based on the number of the offense and the blood alcohol concentration (BAC). The BAC is divided into three tiers called:

Minors (defined as under 21 years old for the purposes of DUI) have a blood alcohol limit of 0.02 percent (which can be reached after a couple sips of alcohol or even by using mouthwash). Additionally, minors charged with DUI will generally charged with underage drinking.

The PA DUI tier system can be best summarized in chart form:

If you are convicted of a second offense DUI, or a third or subsequent DUI, you will be requred to install an ignition interlock device in the vehicle you regularly drive. This interlock device must be installed for at least one year after your license suspension period ends and prior to applying for an unrestricted (regular) license. If you do not comply with interlock requirement rules or tamper with the device, you face additional charges and harsher penalties.

With the harsh penalties facing second offense DUI offenders, not to mention subsequent DUI offenders, it is very important to hire an attorney that can fully evaluate and explain your rights and options. Perhaps there is a legitimate defense issue that can be used to negotiate a satisfactory plea bargain. Or perhaps you can qualify for an “alternative sentence” such as house arrest, admission into the Drug Court or Veterans Court, or Work Release.

With my experience prosecuting an defending DUI cases, I am qualified to provide outstanding representation to anyone charged with a DUI. Call me, Harleysville, PA DUI Attorney Erik Petersen so we may discuss your case and how I can protect your rights after a second or subsequent DUI arrest in Montgomery County, Pennsylvania.